There's a story that Charlie Chaplin entered a Charlie Chaplin look-alike contest and lost. Chaplin knew that absurdity is the most wondrous comedy; a realm beyond jokes where our subconscious begins to reveal itself to us. This infamous and apocryphal look-alike contest unearths our collective attachment to singularity, a type of personified thingness that a "Chaplin" is no longer a man but an object imbued with a magic quality we long to obtain.

In Tove & Melton & Lisa & Gareth & Charles & &c. artists Lisa Lapinski and Gareth Long unveil these and other absurdities through their own works alongside a new collaborative project initiated especially for this exhibition: chaplins. Approximately forty chaplins will populate the gallery. Some have been made by Long and Lapinski, while the bulk of the others have been made by the artists’ current and former students from a number of Texas, Southern California, and Toronto Universities. The exhibition will shape-shift over the course of its duration as different iterations of the Chaplin-inspired works move in and out of the space, playing with the notion of object attachment as well as assumptions of the gallery as a reverent and static space.

The pairing of these two artists is fortuitous, as Lapinski and Long’s varied and rich bodies of work share a number of affinities. They both employ literary, design and pedagogical references such as wallpaper, furniture, and children’s learning tools and games. Lapinski and Long engage in a process of aesthetic and ideological research that still maintains fantastic humor and wit.

Long's enduring concern with iteration, amateurism, and the re-telling of narrative deeply resonates with the Chaplin look alike contest story. These concepts of repetition and singularity are found in Long's work Kidnappers Foil (2014/2019) currently on view at the Blaffer Museum as well as the work in this exhibition. Custom wallpaper swatches – based on shirts worn by the child-actors featured in The Kidnappers Foil – incomplete and in patches, adorn the gallery. They are paired with portraits of the children themselves creating a vibratory narrative both superficial and intriguingly Delphic.

Lapinski's character Little My from Tove Jansson’s well-loved children’s books presides over this exhibition of yearning Chaplins. Little My is a small, determined, and fiercely independent character who is unafraid to cast her acute observations onto her surroundings. She presides over the exhibit like an ardent critic, yet we find an elliptical hole where Little My’s mischievous face would be. This brave diminutive presence hung on a Shaker style pegboard governs over the exhibition without her trademark expression. Lapinski's void is a fusion of the utopian and feminist visions found in both Jansson’s fictional world and those of the Shakers. This vacancy becomes an allegorical Chaplin: a bona fide singularity denied by spurious circumstances. 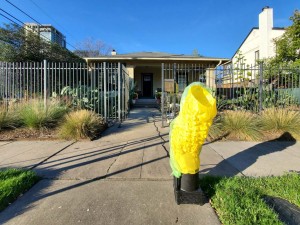 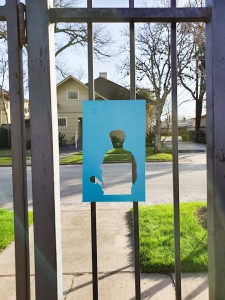 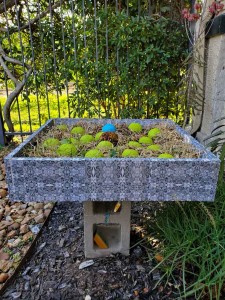 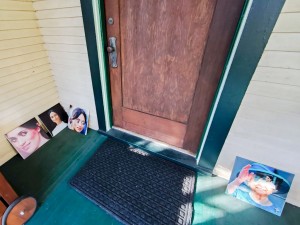 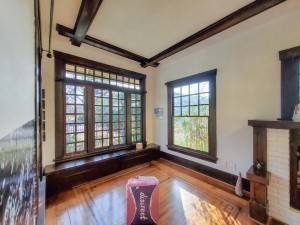 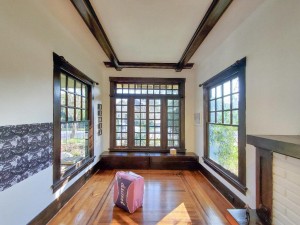 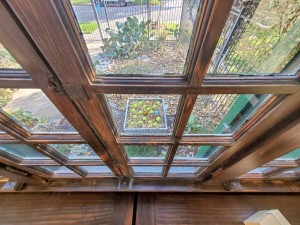 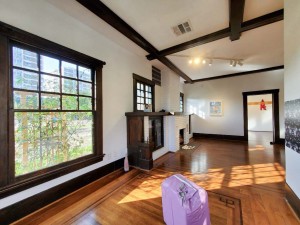 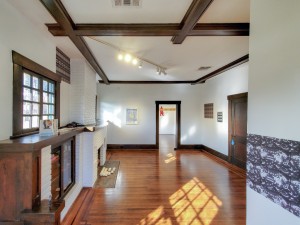 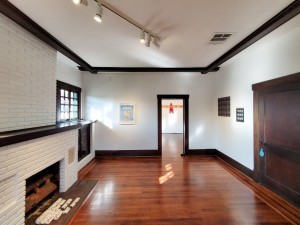 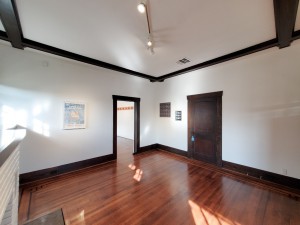 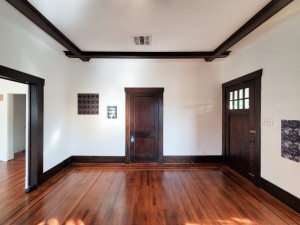 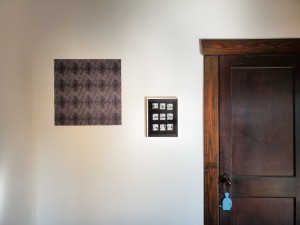 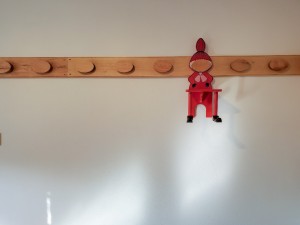 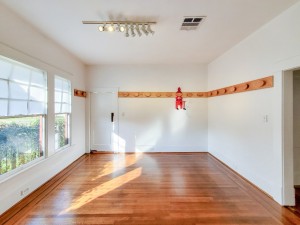 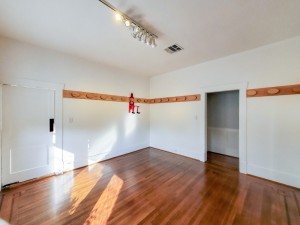 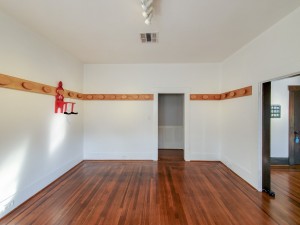 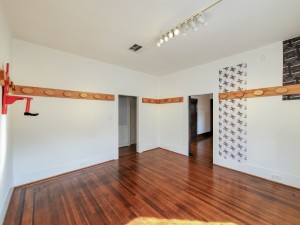 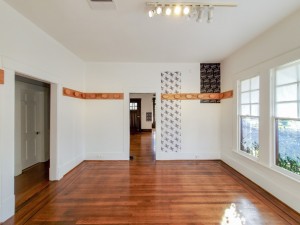 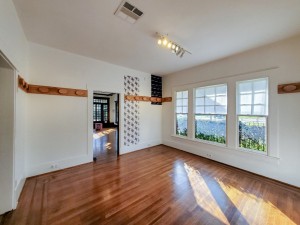 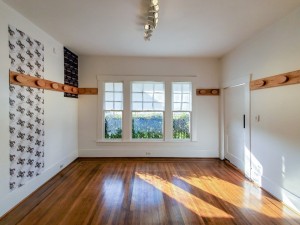 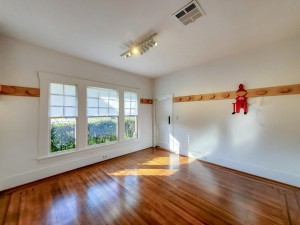